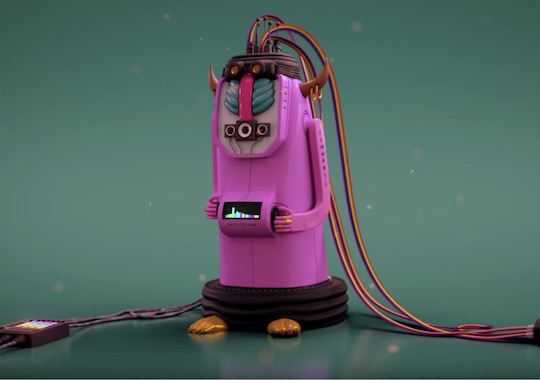 The First Eurovision Song Written by a Computer

The computer has already won the World Chess Champion and defeated the world champion in the world’s oldest board game, Go. Could it write a song that will win the Eurovision? With this question approached us director and entrepreneur Nimrod Shapira and together with him and a group of technologists from Oracle, musicians, and poets, we discovered the answer: certainly can be!

The project team fed hundreds of Eurovision songs, melodies and texts into the neural network. Subsequently, the AI algorithms produced thousands of new melodies and lines, and from them, individual musical units were carefully chosen and were “welded” into a song. The resulting song contains 100% materials written and synthesized by artificial intelligence, called Blue Jeans and Bloody Tears. The song celebrates the Eurovision Song Contest – melodramatic, kitschy, campy, funny and gimmicky.

The song is performed by our esteemed friend Yizhar Cohen, who was the first Israeli to win the Eurovision Song Contest and now becomes the first Israeli to perform a computer song. The lyrics, which include a few particularly strong lines, were digitally generated and harnessed by the genius poet and algorithmist Eran Hadas. The song was produced by Avshalom Ariel, Netta Barzilai’s musical partner and one of the creators of Toy, Netta’s winning song of Eurovision 2018.

The song got thousands of comments, tens of thousands of likes and channel subscribers and millions of views, without any paid promotions/media. It generated buzz all over the world, with countless discussions on social media, and news articles in leading outlets (Bloomberg, MSN, Yahoo Finance, Jerusalem Post and many more).

Update: the project won 2 prizes at the European Internet Awards!