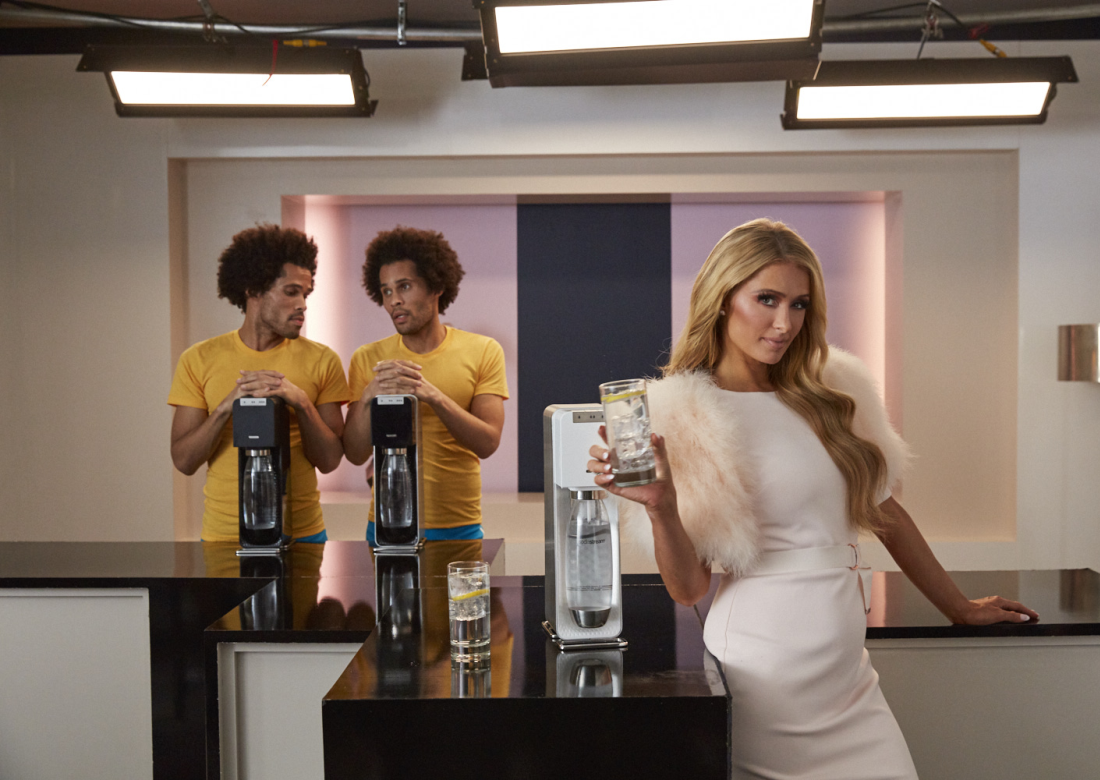 Sodastream’s April fools’ day prank is growing into a viral tradition. Last year we launched the successful “Heavy Bubbles”. This year we introduced to the world “Nano Drop”. The campaign that we created and produced for the world’s largest sparkling water brand, starring Paris Hilton, has burnt the web, gaining more than 10 millions views in one weekend and dozens of enthusiastic media items.

Nano Drop is a fake yet revolutionary start up led be Paris Hilton, wishing to end the devastating pollution caused by plastic bottles. Hilton, together with a team of experts, developed a new kind of water that is 5000 times more hydrating than normal water, thus making it redundant to buy plastic bottles and carry them home from the store. Watch the video >
To give the prank extra validation, we teamed up with the prestigious Weizmann Institute, which joined in on the prank and gave their support to the project on the media. We salut their sportsmanship!
In order to reveal the idea behind the campaign, we posted a second video, where Hilton admits the invention doesn’t really work, and instead recommends that everybody use Sodastream.
In one weekend, the video gained more than 10 million views, 70% of which were organic! The Nano Drop website was a hit as well.
Amongst the dozens of media items, you ca find:  Page Six, adweek, People, daily mail, huffington post, perez hilton, daily hive, E Online, Superficial, la parisienne, ynet, The Marker, the Weizmann Institute website, and many many more. adweek even made it their ad of the day.
At the moment we’re thinking about a spin off video with Milosz, a star in the making!
A special thanks to our friend Ohav Flanz who directed the video and conducted the entire operation and to our genius producer Aya Hecht, who makes planet earth a lot cuter everyday.
Client:
Sodastream
Tags:תגיות:
Paris Hilton, Viral