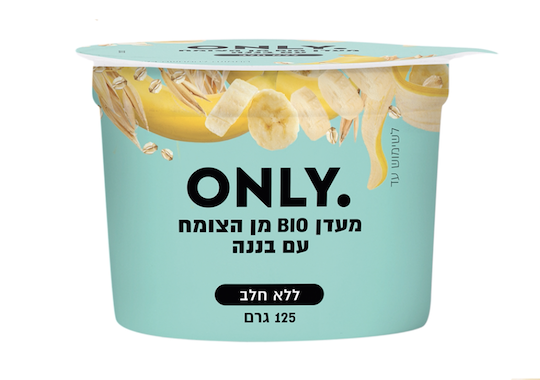 Only is an innovative dairy-free probiotic pudding that leads a revolution that refrigerators are undergoing in supermarkets in Israel. Only‘s unconventional story begins with a start-up entrepreneur Ronen Lavie, whose goal was to create the first vegan yogurt. His start-up, which he founded six years ago, was accepted by Strauss’s incubator and the Chief Israeli Scientist – and now arrives at the shelves for the first time.

Only’starget audience is 23% of the population in Israel who refrain from dairy products or seek to reduce their dairy consumption. It’s not just vegan – it’s based on only a few natural ingredients and manufactured with the ZERO WASTE method.

In order to reach the hearts of people who carefully read the ingredients lists of each product they eat, we decided to create a middle-eastern rock opera, starring singer Tzlil Danin and actor Gil Cohen. The stormy director Moshe Rosenthal created a sweeping and addictive hit – almost like the pudding itself. Watch several times in succession to get in the grove.