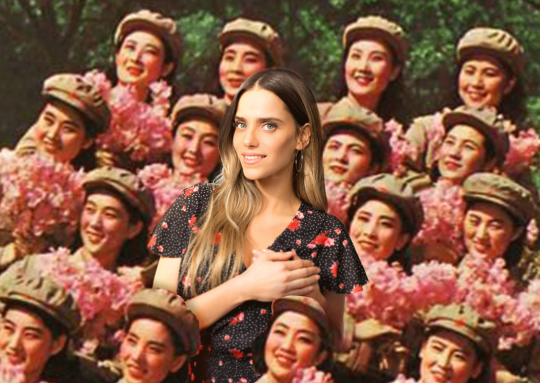 We had the pleasure of collaborating with Castro and creating together a pioneering, one of a kind campaign.

For the very first time, Castro unveiled its new collection with an innovative content format that was featured on Israel’s leading Instagram accounts.

For years Castro has launched its collections through big fashion shows and sparkling galas, meant primarily to journalists. This year, the brand addressed its customers directly via their favourite media – the smartphone.

Forget everything you ever knew about linear viewing, content consumption, and the way you’re used to watching shows and understanding plotlines. In an odyssey than began in Rotem Sela’s profile, and rolled on to the profiles of Statik and Ben El, Omer Dror, Assi Azar, Aviv Alush and many other stars, unfolded a wild and complex tale, showing different angles of one story.

This story, all brought together with the hashtag #CastroKorea, begins when someone mysteriously breaks in to Rotem Sela’s home, stealing nothing but her clothes. As she tries to uncover who broke into her closet and trashed her home, Static and Ben El (Israel’s biggest pop duo) appear along with two North Korean female soldiers, and kidnap Rotem to the well-guarded country. Rotem is stunned to discover that Kim Jong-Un, the almighty North Korean leader, is a huge fan of her fashion style, and demanded that his soldiers fly her to North Korea to teach the Koreans how to dress fashionably.

Jong-Un believes that Castro, the Israeli fashion house, is the solution to all of North Korea’s diplomatic quandaries, and that with just a bit of style and jaw-dropping outfits, all of their international disputes will be resolved. The plot thickens when it turns out that several other Israeli celebrities are also about to join Rotem on her North Korean adventure. The highlight of their visit is a spectacular fashion show starring Israel’s biggest stars.

Instagram browsers couldn’t miss an unprecedented amount of celebrities and fashionistas – perhaps the largest number of celebrities to be featured in a single campaign in Israeli history to date – all posting unique content using the hashtag #CatroKorea. The posts launched simultaneously on all the different accounts and displayed different sides of the same story, led by Rotem Sela (the brand’s face), Static and Ben El, Assi Azar, Aviv Alush and Omer Dror and many many more heavy hitters – all brought together with the hashtag #CastroKorea.

This campaign comes to life at a fragile time, when Kim Jong-Un’s name is repeatedly on the news. It imagines a parallel world in which North Korea lets go of its nuclear weapons in order to chase the fashionista dream.

Enjoy the campaign’s photos and videos on #CastroKorea.

The entire operation aws directed by Asaf T. Mann, and the photoshop art was conducted by Ronen Harten. 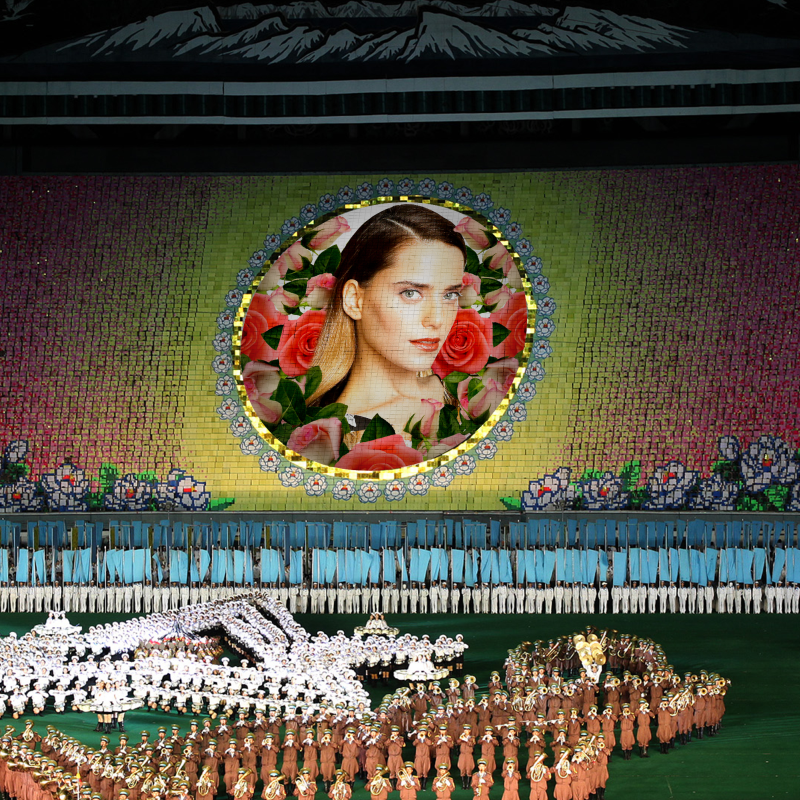 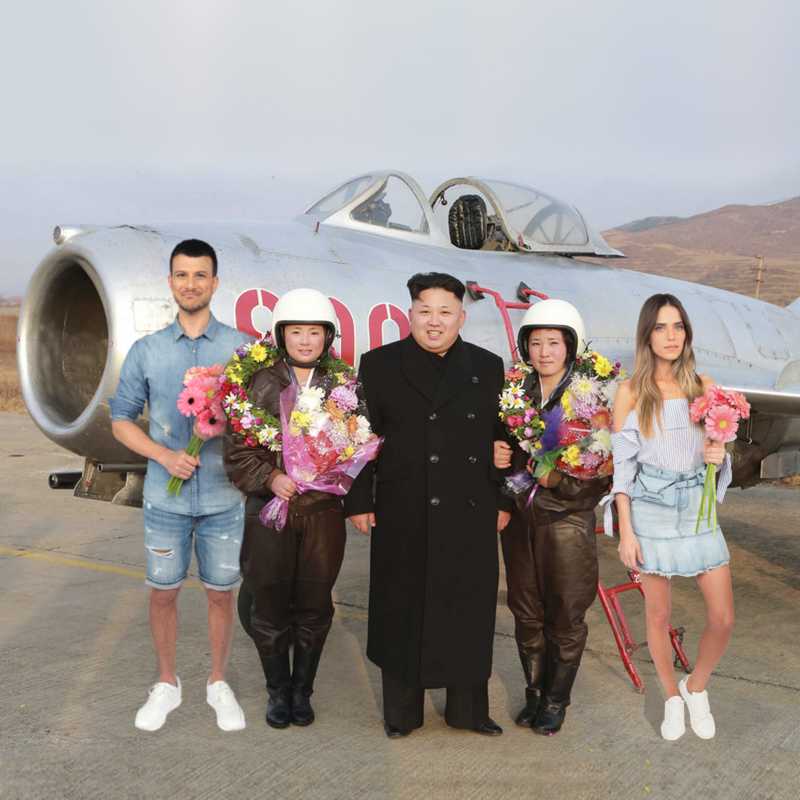 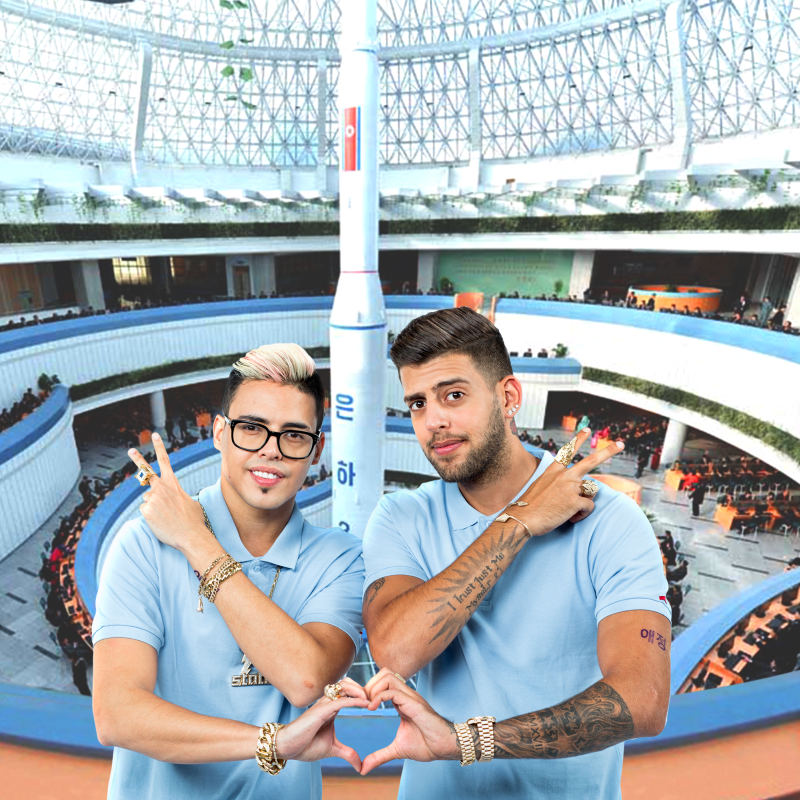 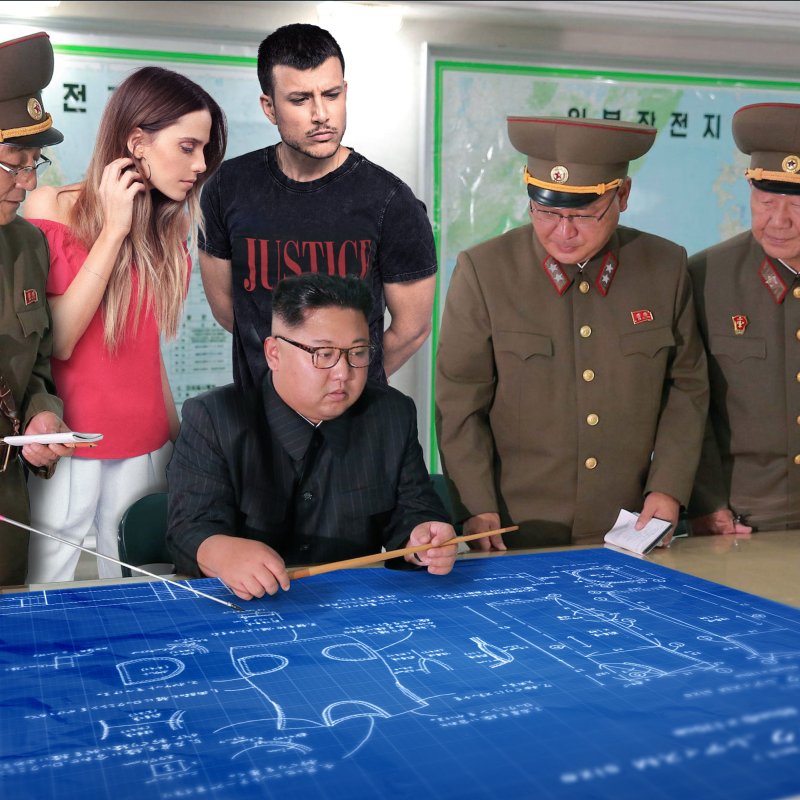 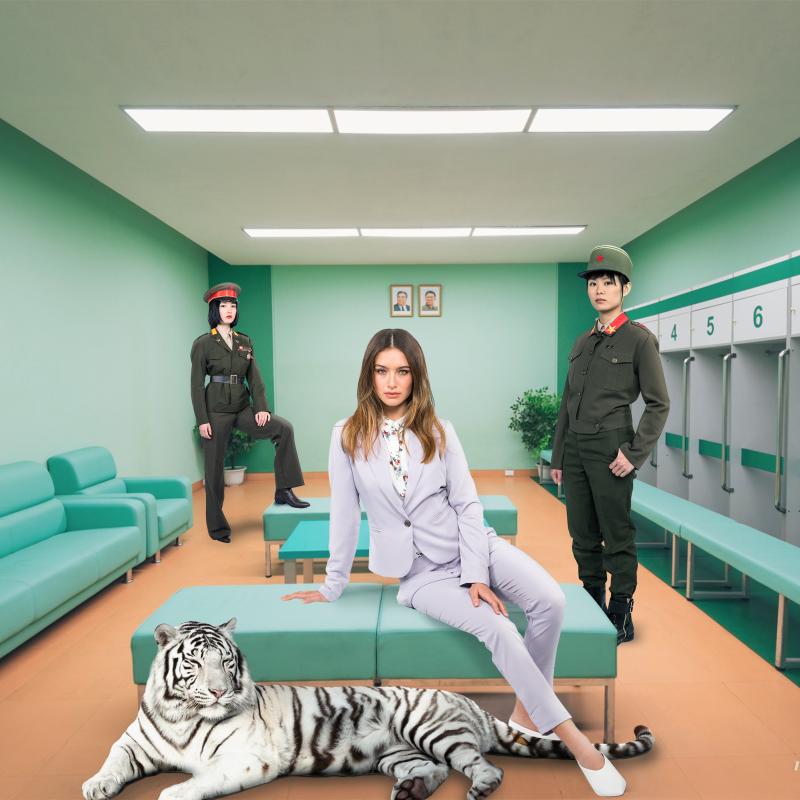 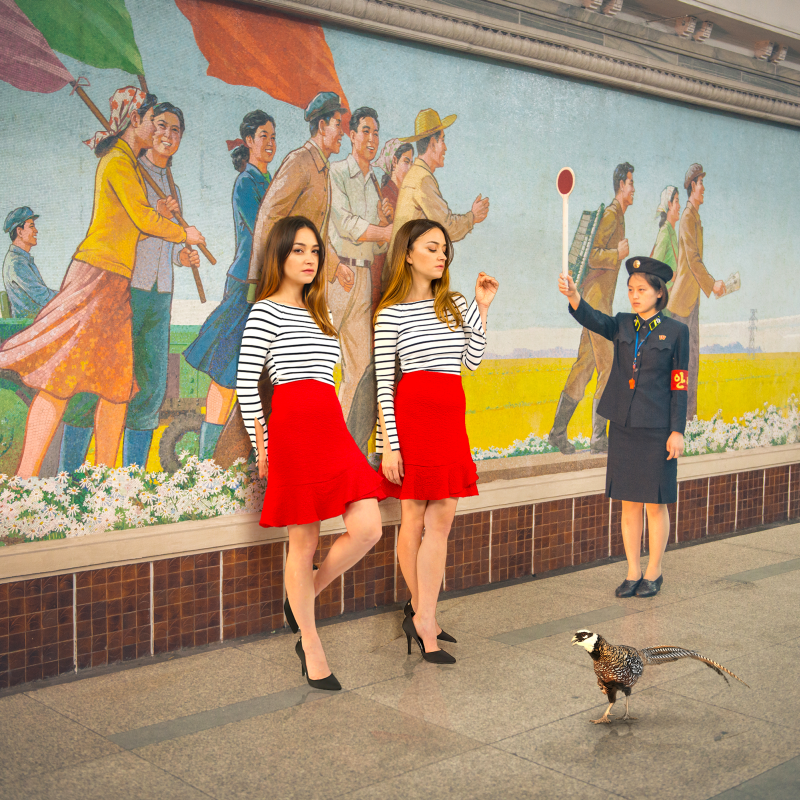